It’s been called a superweed, a crop robber and the cotton industry’s most destructive adversary since the boll weevil. Palmer amaranth (Palmer’s pigweed, carelessweed) is a zero-tolerance nuisance that can choke out crops, destroy farm equipment and require costly or labor-intensive management that can be unsustainable.

The formidable weed can grow as high as ten feet and a single plant in competition with cotton can produce almost a half million seeds.1  It is drought tolerant, thrives in high temperatures and grows very quickly resulting in tall, thick stands that quickly dwarf other vegetation. Palmer amaranth can slash yields and profits when it gets out of control; the only resort is costly hand-pulling and the weed's thick stems and extensive root system make that a difficult task. In the worst cases, Palmer has forced many growers to simply abandon the crop because it got so out of control. Palmer amaranth is a weed that requires 99.9% control as 90% control just isn’t good enough. 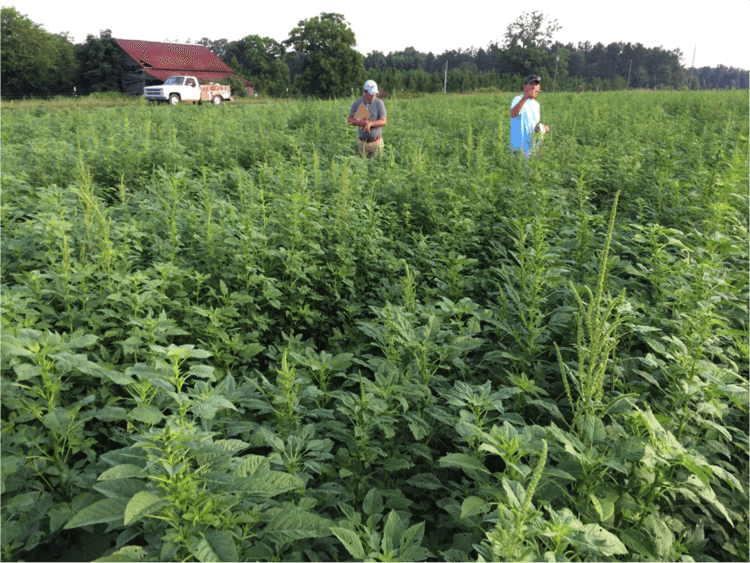 The key to glyphosate-resistant Palmer amaranth control is a comprehensive integrated weed management strategy. Brake can be used as the foundation residual treatment in such a program. Brake provides excellent Palmer amaranth control with very good longevity and is a great complement to the overall weed control system. In a typical Brake program, a total of up to five to eight different modes of herbicide action can be used as part of a comprehensive resistance management strategy.