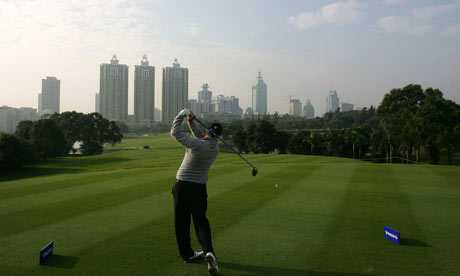 Joining the Chinese Communist party's list of prohibited activities- alongside extravagant eating and drinking- club memberships for golf, and other activities, are now banned. "Obtaining, holding or using membership cards for gyms, clubs, golf clubs, or various other types of consumer cards, or entering private clubs," are all included in the ban, and violators could either receive a warning or be removed from the party if they are found violating the new rules.

While the ban on club memberships has not been explained, such areas "are often seen by the Chinese public as places where officials have cut shady deals." And this isn't the first move the Chinese Communist party has made against golf; construction of new courses was banned in 2004, and, more recently, 66 illegal courses were shut down in March.

For the full article from BBC news click here or on the link available below.