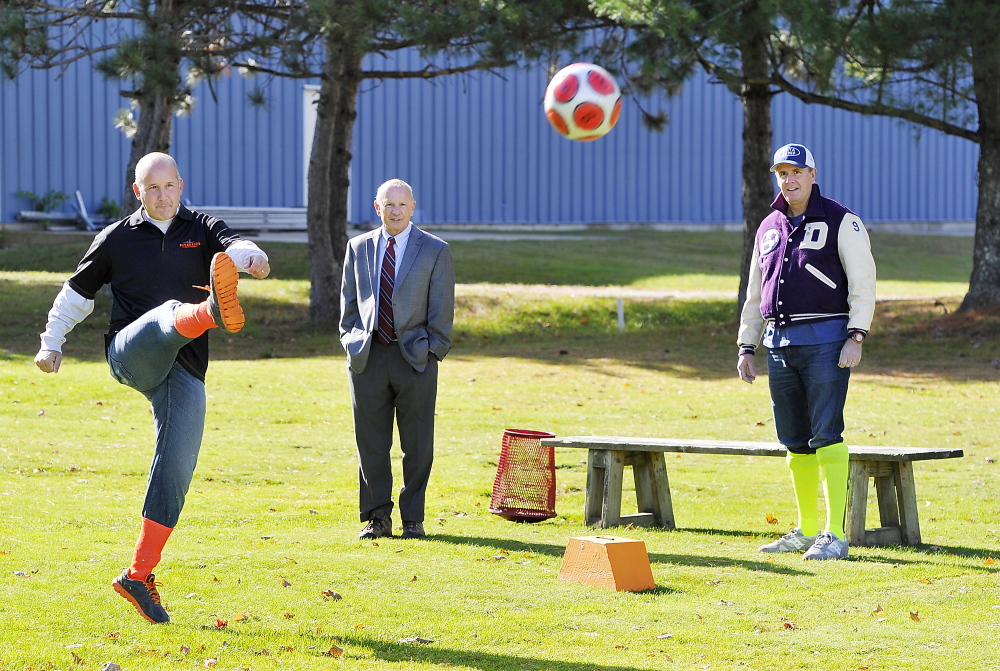 Foot Golf, one of the ways golf courses around the country, and world, are gaining a new audience, got a spot in the limelight last month when Mayor Michael Brennan and comedian Bob Marley helped launch the sport’s debut in Maine. And, according to Riverside Golf Course’s general manager, Ryan Scott, the sport may be there to stay; “Originally, we just wanted to bring the sport to Maine but already we’ve had positive feedback. Next year we could start running a league.”

Which isn’t really a surprising development, as the sport has been gaining in popularity since it first appeared. “The sport is offered at more than 240 courses across the country, so it’s certainly not new, but it’s becoming more widely available,” said city spokeswoman Jessica Grondin.