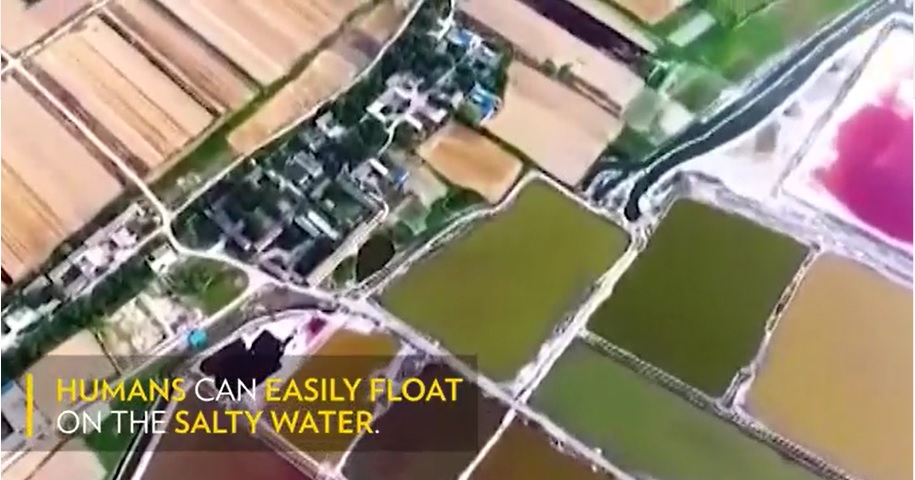 Often called China's "Dead Sea," Yuncheng province's Xiechi Lake, a salt lake, is known for its "intense shades of magenta, green, and yellow due to algal blooms (Dunaliella salina) and rapidly breeding insects."
Presently the most salt-tolerant eukaryote known, D. salina can change colors due to high salinity or intense light, which causes the production of "protective carotenoids in the cells." In the case of Xiechi Lake, which was formed around 500 million years ago during the early Cenozoic Era, it is the high salinity that causes the eye-catching algal blooms.

Click the link available above or below to see the video and article from National Geographic's website.