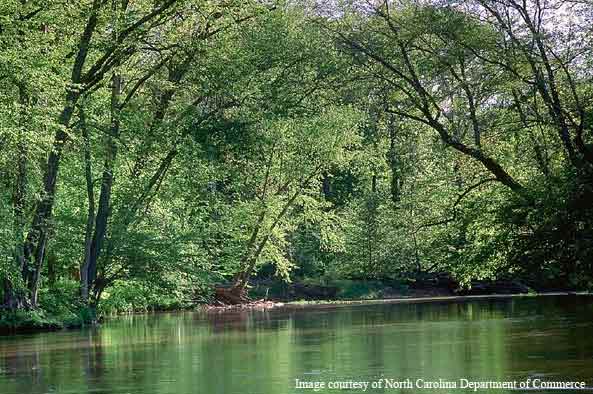 NC - Hydrilla, visible just below the surface, has concentrated in still waters in the Eno River State Park’s eastern side. Spreading around a mile a year, the invasive could reach Fall’s Lake by 2026; an outcome the DNR hopes to avoid through the efforts of their multi-agency task force which begins work early 2015.  Though their plan is still in the formative stages, possible efforts include herbicides, mechanical removal and the introduction of sterile carp.