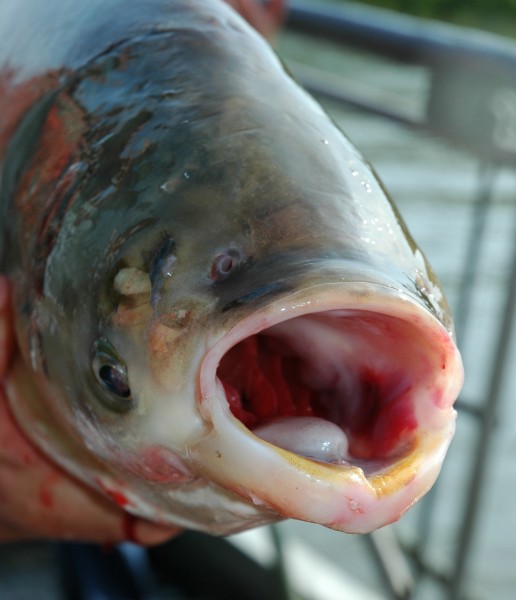 Asian carp (“bighead,” “silver,” “black” and “grass” carp) have been found in the upper Illinois River, approximately 25 miles from Lake Michigan. One lock and dam from entering the great lakes, experts believe that once they’re introduced the carp will probably become a permanent part of the lake’s ecosystem. Growing as large as 100 pounds and competing with native species such as mussels, walleye, trout and salmon, losses figure up to $7 billion annually if the carp are introduced.

Concerns have prompted the attorney generals of Minnesota, Wisconsin, Michigan, Indiana, Ohio and Pennsylvania to sue the U.S. Army Corps of Engineers to shut the Chicago Sanitary and Ship Canal (CSSC), which connects the Illinois River and Lake Michigan, a closure which the State of Illinois doesn't support, arguing that it would result in a $1.5 billion economic loss.