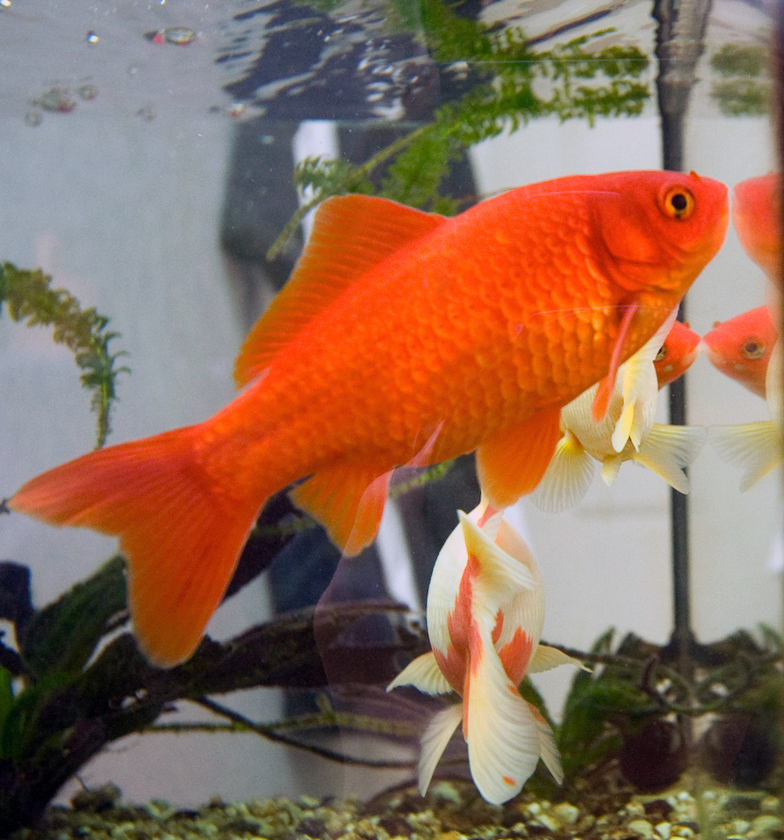 Canada- Alberta officials are now finding giant goldfish, the size of dinner plates, in their waterways. In fact, authorities believe hundreds of thousands of goldfish have a foothold in their lakes and rivers.

The fish, which most likely arrived by being dumped from aquariums, can seriously disrupt local ecosystems. Even in the case of dead fish, says Kate Wilson, aquatic invasive species specialist with Alberta Environment and Parks, it's best to avoid exposing them to waterways. "A fish wouldn't survive being flushed through the water treatment system, but those diseases and parasites that we talked about could potentially survive the process and end up being discharged into rivers and lakes," said Wilson. "We are not advocating that even dead fish be flushed."

For the full article, click on the link available below.