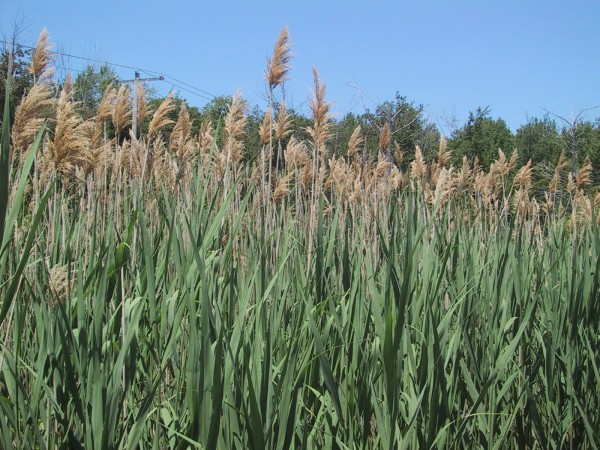 Phragmites australis australis--the invasive subspecies that has infested much of North America-- has found its way into the Guelph area of Ontario. Though the Grand River Conservation Authority (GRCA) hasn’t formally surveyed the area for phragmites, the stands of the invasive present along local roads, embankments and ditches is evidence enough for those concerned. Though locals are sure they want it gone, they’re not sure how to go about it; small-scale herbicide testing is being done, as well as research into phragmites’ potential as a biogas, since, according to area researchers, “simple labour to dig out the tenacious, grass-type root systems, is prohibitively expensive.”