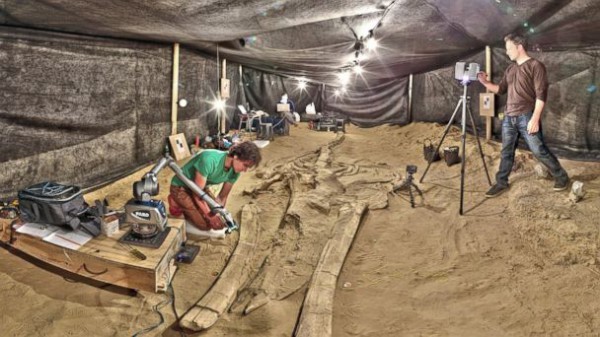 Part of the whale graveyard (abcnews.go.com).

Discovered in Chile near a coastal highway in 2010, the whale graveyard was something of a mystery to scientists. What had caused the mammals’ mass stranding? Named “Cerro Ballena” (whale hill) in Chile, the graveyard holds the fossils of at least 40 whales who died over 5 million year. Today scientists say that the whales, who all died facing the same direction and in an upside down position, appear to have ingested a toxic algae. Toxic algae is still a culprit in many mass strandings.